A Conversation About Rain

Nineteen years before she decided to die, Nora Seed sat in the warmth of the small library at Hazeldene School in the town of Bedford. She sat at a low table staring at a chess board.

Mrs Elm made her first move. A knight hopping over the neat row of white pawns. ‘Of course, you’re going to be worried about the exams. But you could be anything you want to be, Nora. Think of all that possibility. It’s exciting.’

‘A whole life in front of you.’

‘You could do anything, live anywhere. Somewhere a bit less cold and wet.’

It was hard not to compare Mrs Elm to her mother, who treated Nora like a mistake in need of correction. For instance, when she was a baby her mother had been so worried Nora’s left ear stuck out more than her right that she’d used sticky tape to address the situation, then disguised it beneath a woollen bonnet.

‘I hate the cold and wet,’ added Mrs Elm, for emphasis.

Mrs Elm had short grey hair and a kind and mildly crinkled oval face sitting pale above her turtle-green polo neck. She was quite old. But she was also the person most on Nora’s wavelength in the entire school, and even on days when it wasn’t raining she would spend her afternoon break in the small library.

‘Coldness and wetness don’t always go together,’ Nora told her. ‘Antarctica is the driest continent on Earth. Technically, it’s a desert.’

‘Well, that sounds up your street.’

‘Well, maybe you should be an astronaut. Travel the galaxy.’

Nora smiled. ‘The rain is even worse on other planets.’

‘On Venus it is pure acid.’

Mrs Elm pulled a paper tissue from her sleeve and delicately blew her nose. ‘See? With a brain like yours you can do anything.’

A blond boy Nora recognised from a couple of years below her ran past outside the rain-speckled window. Either chasing someone or being chased. Since her brother had left, she’d felt a bit unguarded out there. The library was a little shelter of civilisation.

‘Well, far be it from me to say, but there is more to this world than swimming really fast. There are many different possible lives ahead of you. Like I said last week, you could be a glaciologist. I’ve been researching and the—’

And it was then that the phone rang.

A moment later, Nora watched Mrs Elm on the phone. ‘Yes. She’s here now.’ The librarian’s face fell in shock. She turned away from Nora, but her words were audible across the hushed room: ‘Oh no. No. Oh my God. Of course . . .’

The Man at the Door

Twenty-seven hours before she decided to die, Nora Seed sat on her dilapidated sofa scrolling through other people’s happy lives, waiting for something to happen. And then, out of nowhere, something actually did.

Someone, for whatever peculiar reason, rang her doorbell.

She wondered for a moment if she shouldn’t get the door at all. She was, after all, already in her night clothes even though it was only nine p.m. She felt self-conscious about her over-sized ECO WORRIER T-shirt and her tartan pyjama bottoms.

She put on her slippers, to be slightly more civilised, and discovered that the person at the door was a man, and one she recognised.

He was tall and gangly and boyish, with a kind face, but his eyes were sharp and bright, like they could see through things.

It was good to see him, if a little surprising, especially as he was wearing sports gear and he looked hot and sweaty despite the cold, rainy weather. The juxtaposition between them made her feel even more slovenly than she had done five seconds earlier.

But she’d been feeling lonely. And though she’d studied enough existential philosophy to believe loneliness was a fundamental part of being a human in an essentially meaningless universe, it was good to see him.

‘What are you doing here? It’s good to see you.’

A few weeks ago she’d been sat playing her electric piano and he’d run down Bancroft Avenue and had seen her in the window here at 33A and given her a little wave. He had once – years ago – asked her out for a coffee. Maybe he was about to do that again.

‘It’s good to see you too,’ he said, but his tense forehead didn’t show it.

When she’d spoken to him in the shop, he’d always sounded breezy, but now his voice contained something heavy. He scratched his brow. Made another sound but didn’t quite manage a full word.

‘You running?’ A pointless question. He was clearly out for a run. But he seemed relieved, momentarily, to have something trivial to say.

‘Yeah. I’m doing the Bedford Half. It’s this Sunday.’

‘Oh right. Great. I was thinking of doing a half-marathon and then I remembered I hate running.’

This had sounded funnier in her head than it did as actual words being vocalised out of her mouth. She didn’t even hate running. But still, she was perturbed to see the seriousness of his expression. The silence went beyond awkward into something else.

‘You told me you had a cat,’ he said eventually.

‘I remembered his name. Voltaire. A ginger tabby?’

‘Yeah. I call him Volts. He finds Voltaire a bit pretentious. It turns out he’s not massively into eighteenth-century French philosophy and literature. He’s quite down-to-earth. You know. For a cat.’

Ash looked down at her slippers.

‘He’s lying very still by the side of the road. I saw the name on the collar, I think a car might have hit him. I’m sorry, Nora.’

She was so scared of her sudden switch in emotions right then that she kept smiling, as if the smile could keep her in the world she had just been in, the one where Volts was alive and where this man she’d sold guitar songbooks to had rung her doorbell for another reason.

Ash, she remembered, was a surgeon. Not a veterinary one, a general human one. If he said something was dead it was, in all probability, dead.

Nora had a familiar sense of grief. Only the sertraline stopped her crying. ‘Oh God.’

She stepped out onto the wet cracked paving slabs of Bancroft Avenue, hardly breathing, and saw the poor ginger-furred creature lying on the rain-glossed tarmac beside the kerb. His head grazed the side of the pavement and his legs were back as if in mid-gallop, chasing some imaginary bird.

She knew she should be experiencing pity and despair for her feline friend – and she was – but she had to acknowledge something else. As she stared at Voltaire’s still and peaceful expression – that total absence of pain – there was an inescapable feeling brewing in the darkness.

Nine and a half hours before she decided to die, Nora arrived late for her afternoon shift at String Theory.

‘I’m sorry,’ she told Neil, in the scruffy little windowless box of an office. ‘My cat died. Last night. And I had to bury him. Well, someone helped me bury him. But then I was left alone in my flat and I couldn’t sleep and forgot to set the alarm and didn’t wake up till midday and then had to rush.’

This was all true, and she imagined her appearance – including make-up-free face, loose makeshift ponytail and the same secondhand green corduroy pinafore dress she had worn to work all week, garnished with a general air of tired despair – would back her up.

Neil looked up from his computer and leaned back in his chair. He joined his hands together and made a steeple of his index fingers, which he placed under his chin, as if he was Confucius contemplating a deep philosophical truth about the universe rather than the boss of a musical equipment shop dealing with a late employee. There was a massive Fleetwood Mac poster on the wall behind him, the top right corner of which had come unstuck and flopped down like a puppy’s ear.

‘And I know you’ve got mental-health stuff.’

‘I’m feeling much better, generally,’ she lied. ‘It’s not clinical. The doctor says it’s situational depression. It’s just that I keep on having new . . . situations. But I haven’t taken a day off sick for it all. Apart from when my mum . . . Yeah. Apart from that.’

Neil sighed. When he did so he made a whistling sound out of his nose. An ominous B flat. ‘Nora, how long have you worked here?’

‘That’s a long time. I feel like you are made for better things. You’re in your late thirties.’

He brushed a crumb off his sweater.

‘At fourteen? A swimmer.’ She’d been the fastest fourteen-year-old girl in the country at breaststroke and second-fastest at freestyle. She remembered standing on a podium at the National Swimming Championships.

She gave the short version. ‘It was a lot of pressure.’

She didn’t correct his knowledge of diamonds. She didn’t tell him that while coal and diamonds are both carbon, coal is too impure to be able, under whatever pressure, to become a diamond. According to science, you start off as coal and you end up as coal. Maybe that was the real-life lesson.

She smoothed a stray strand of her coal-black hair up towards her ponytail.

‘What are you saying, Neil?’

‘It’s never too late to pursue a dream.’

‘Pretty sure it’s too late to pursue that one.’

Nora stared down at the small mole on her left hand. That mole had been through everything she’d been through. And it just stayed there, not caring. Just being a mole. ‘Not a massive demand for philosophers in Bedford, if I’m honest, Neil.’

‘You went to uni, had a year in London, then came back.’

Nora didn’t want a conversation about her dead mum. Or even Dan. Because Neil had found Nora’s backing out of a wedding with two days’ notice the most fascinating love story since Kurt and Courtney.

‘We all have choices, Nora. There’s such a thing as free will.’

‘Well, not if you subscribe to a deterministic view of the universe.’

‘It was either here or the Animal Rescue Centre. This paid better. Plus, you know, music.’

‘You were in a band. With your brother.’

‘I was. The Labyrinths. We weren’t really going anywhere.’

‘Your brother tells a different story.’

This took Nora by surprise. ‘Joe? How do you—’

‘He was in Bedford?’

He was probably visiting Ravi, Nora thought. Ravi was her brother’s best friend. While Joe had given up the guitar and moved to London, for a crap IT job he hated, Ravi had stuck to Bedford. He played in a covers band now, called Slaughterhouse Four, doing pub gigs around town.

Nora was pretty certain her brother knew Friday was her day off. The fact prodded her from inside.

He was right. A soul-sickness festered within her. Her mind was throwing itself up. She widened her smile.

‘I mean, I am happy with the job. Happy as in, you know, satisfied. Neil, I need this job.’

‘You are a good person. You worry about the world. The homeless, the environment.’

He was back in his Confucius pose. ‘You need freedom.’

‘This isn’t a non-profit organisation. Though I have to say it is rapidly becoming one.’

‘Look, Neil, is this about what I said the other week? About you needing to modernise things? I’ve got some ideas of how to get younger peo—’

‘No,’ he said, defensively. ‘This place used to just be guitars. String Theory, get it? I diversified. Made this work. It’s just that when times are tough I can’t pay you to put off customers with your face looking like a wet weekend.’ 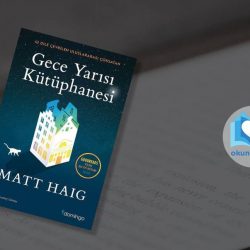